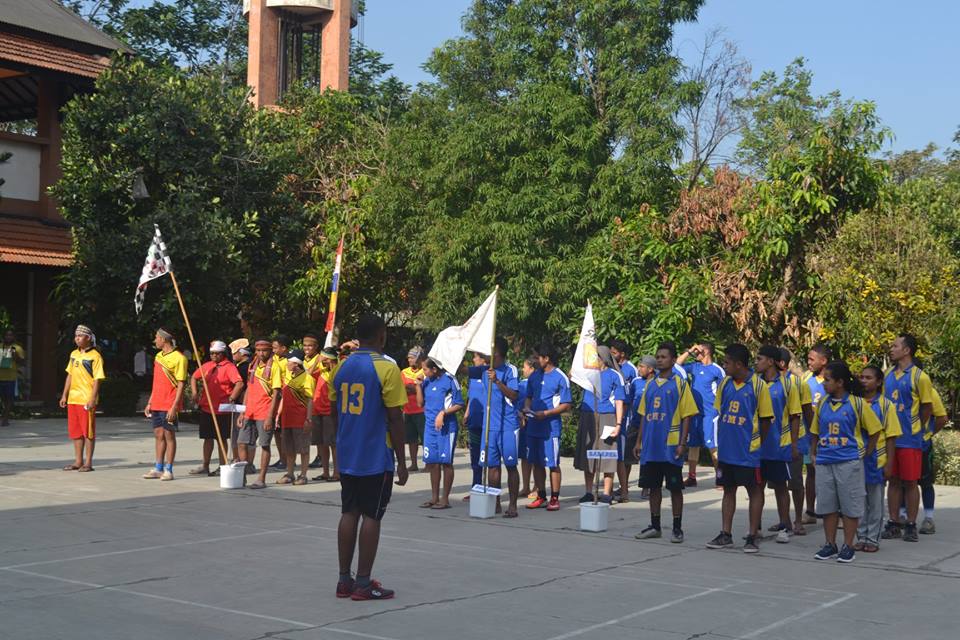 Jogjakarta, Indonesia. “Claret, teacher and father!” This was the song echoed by the Claretians living in Jogjakarta as they open the Claret Feast with the theme “Claret: Inspiration and Energy of Transformation” at the Scholasticate of the Independent Delegation of Indonesia – Timor Leste in Jogjakarta on the 23rd of September 2018. All the members of both the CMF and RMI communities of the said city are taking part on this yearly sports event. This year they are divided into four groups named after the places of martyrdom of the 109 Blessed Claretians: Cervera, Solsona, Sabadell, and Lérida. This year’s theme is.

The opening ceremonies started with a flag ceremony in same way it was held during the Indonesia Independence Day. It was followed by the inaugural speech of the Local Superior of the community, Fr. Nikolaus Ilan Erap, CMF, who at that time reminded them that this time is a moment to reflect on Claret and take him as an inspiration.

“This is the time to reflect on the figure of Claret who had founded the Congregation and contributed for the Church”, he said.

He also gave them these reflective questions for them to ponder: “How far do we follow him (Claret)? How far do we imitate him? How far do we see Claret as a model?” Towards the end of his speech, he said that he had hoped for this feast to be a moment to foster a sense of brotherhood and camaraderie among the Claretians as well as with the Claretian Sisters. Then he lighted the torch, the sign of the official opening of the games.